Hamstring injuries can come back

The Chicago Cubs had a major scare when, on July 8th against the Cardinals, pitcher Jason Hammel exited the game early. Hammel said he felt sharp pain in the back of his thigh, creating concern for a hamstring strain. Hammel had an MRI (magnetic resonance imaging) and, fortunately, for Jason and the Cubs, it didn’t show any structural issues or strains. Both, Hammel and the Cubs, expect him to soon be playing at his normal level. If it was a hamstring strain, he may not have returned as quickly.

Arrow highlights signal seen on MRI of both thighs, indicative of a hamstring strain

The hamstring is comprised of three muscles (the biceps femoris, the semimembranous, and the semitendinosus) that run from the ischial tuberosity of the pelvis (where we sit) and upper thigh across the back of the knee to the lower leg. It is important for bending the knee, straightening the hip, and stabilizing the knee. A hamstring strain can happen with overuse, sudden hip flexion and knee extension, or a violent contraction of the muscle, especially as it is forced to lengthen. Hamstring strains have three grades of severity. Grade 1 is a slight pull without loss of strength, grade 2 is tearing of fibers and decreased strength, and grade 3 is a complete rupture.

Recovery from a hamstring strain can vary greatly—from two to six weeks. There also is a high risk for re-injury in as much as 25 percent of cases. A hamstring strain is one of the most common sports injuries and previous thigh, knee, or pelvis injury increases the risk of a strain.

“If activity is resumed too soon, re-injury may occur and healing time may be prolonged. It is important to make sure the injury is sufficiently healed and rehabilitated before advancing return to athletic activity,” said Dr. Steven Chudik, orthopaedic surgeon and sports medicine physician with the Steven Chudik Shoulder and Knee Injury Clinic, and founder of the Orthopaedic Surgery and Sports Medicine Teaching and Research Foundation (OTRF) in Westmont, Ill.

Initial treatment begins with rest, ice, gentle stretching, and strengthening. Surgery is only required to reattach the muscle’s tendon if it pulls off the bone, which is less common. Another common source of pain in the back of the thigh is lumbar radiculopathy or a “pinched nerve” in the lower back from a herniated disc.

With the Cubs limited bullpen and Hammel having a career year, a hamstring strain really could strain the Cubs. 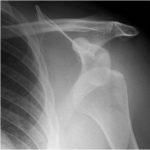 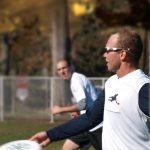 Santi simultaneously rebuilds his shoulder and his house
Most people in Northern Illinois will remember the winter of 2011 for the Ground Hog Day blizzard. Tony Santi, founder and president of J2 Santi, Inc. custom homebuilding, youth athletic... END_OF_DOCUMENT_TOKEN_TO_BE_REPLACED