Ligaments are structures that help keep the normal relationship of the femur (thighbone) and the tibia (shinbone). They allow motion until certain extremes, and any motion beyond these extremes results in ligament sprain. Injury to multiple ligaments results in difficulty in performing sports and even with day-to-day living. 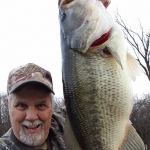